Playboy Thailand is Dead, but its Legacy Lives On.

On January 1, 2021, and after 8 years of blessing the world with the hottest models from Thailand, Playboy Inc and the company behind Playboy Thailand decided to go separate ways, signing Playboy Thailand’s death as we know it.

But if we look at the bright side, they’re leaving us with a great heritage that will live long after they’re gone.

Because even if Playboy Thailand had a short run (only 8 years, compared to almost 70 years and counting for Playboy Magazine), they had a wild one.

In only 8 years, they amassed millions of fans online, brought hundreds of gorgeous Thai models under the spotlight, and had playmates who became some of the most popular Thai models and net idols in the country.

Oh, and they produced thousands of gorgeous pictures and videos, great magazines, and calendars we can enjoy over and over again.

But how big was Playboy Thailand, and what legacy is it leaving?

The Golden Years of Playboy Thailand

In 2011, a Thai company named Bunny Ventures Limited reached an agreement with Playboy Inc to use the Playboy brand and image in Thailand.

Quickly after, the first edition of Playboy Thailand was printed in April 2012, featuring Ploy Chermarn as its centerfold Playmate.

Still, it had to wait a year to have this first edition hitting the newsstands.

From there, the magazine took off, and the iconic rabbit head logo quickly became one of the leading platforms for wannabe Thai models.

In just a few years, and with a strong brand like Playboy behind it, Playboy Thailand found its place.

Thai playmates were everywhere in Thailand.

They became icons of Thai beauty and worked with some of the biggest brands, including Nok Air, G-Shock, Line, Hooters, and many more.

Thai bunnies made appearances at all sorts of events and venues across Thailand and even some of Asia’s most significant events.

The massive music festival “It’s A Ship” between Singapore and Thailand and the world-famous Omnia Club in Bali invited Thai playmates to promote their shows.

But it wasn’t only about beautiful Thai models and parties. Playboy brand is also about culture and lifestyle.

Right after it launched, the owner of Playboy Thailand said:

“Beyond entertainment, PLAYBOY also helped to usher in an era of change in America so many years ago that can be seen to parallel Thailand’s own growing pains: cultural, political, economic, and societal. It is my sincere hope that PLAYBOY will also be seen as a guiding light to help inspire and stimulate free thought through these times.”

And it lived up to its mission.

Even without any single nude photo (because it’s illegal in Thailand, like prostitution), Playboy Thailand exploded.

Like its US version, the magazine had iconic interviews of celebrities, like Amy Klinpratoom, Neko Jump, Natalie Glebova, and most importantly, opened the discussion in Thailand around many topics like sex, the place of women in society, and other cultural issues.

And even though the magazine launched at a time when print magazines were already declining, they found their audience online, especially on social media.

As for the girls who had the chance to become Playmates, they saw their career explode instantly.

It even became a great place for Thai actresses and celebrities to be featured.

What would be Playboy without its famous Playmates?

Playboy Thailand helped us discover some of the most beautiful models in Thailand.

Whether they were Playmates, bunnies, brand ambassadors, or won one of the Playboy Awards or appeared on the Playboy calendar, being featured by the magazine was a big push for each of these girls.

Playboy Thailand even featured on its cover and centerfold some of the most beautiful Thai women, like Kae Kanyakorn (Miss Thailand World 2012), Ice Apitsada, Fai AF, Baitoey Tharathip, and many more.

Where can you Find Thai Girls who are Playmates Material Now?

Thailand still has the most beautiful girls in Asia and arguably the world (yes, we might be a bit biased).

So, where can you meet the future Thai top models now?

As always, The PIMP Bangkok is the best place to meet the hottest girls in Thailand and party with them!

They even have girls at the club who were featured in Playboy Thailand and other men’s lifestyle magazines like FHM, Maxim, or Penthouse.

You can also try to find your future Thai girlfriend on Thai dating sites.

And if you’re not in Thailand, you can always enjoy photos and videos of the most beautiful Thai models and net idols thanks to online magazines like Cup E.

But suppose you still miss Playboy Thailand, and you miss the golden years of Playboy.

In that case, you can always get access to all their issues for only a little over $4 a month.

Yes, you can get access to all the archives of Playboy Magazine, or over 700 issues, including every interview, centerfold, playmates, articles, even the ads, since 1953, for only over $4.17 a month. 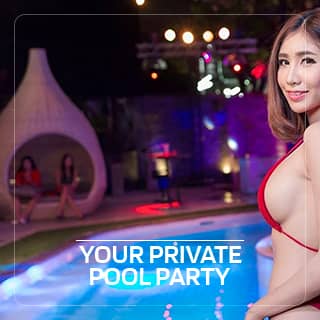 Playboy Thailand is Dead, but its Legacy Lives On.

Soi Cowboy Bangkok: Where to Go for Fun!

Rules and Laws Regarding Alcohol in Thailand