For a long time, the nightlife in Ekkamai has been overlooked and underrated.

People see Ekkamai as an extension of its well-known neighbor – Thonglor.

But, there are also top restaurants, bars, and clubs here.

It just has a more relaxed vibe.

Compared to Thonglor or Sukhumvit Soi 11, Soi Ekkamai (Sukhumvit Soi 63) is right up there with the trendiest bars and clubs in Bangkok.

There’s food from all over the world, including Japanese, Italian Cajun, and Thai.

Plus, lots of shopping and family entertainment from cinemas to ice skating.

So if you want to party for a night in Ekkamai, where do you go?

Read on and we’ll show you all the best places to visit. 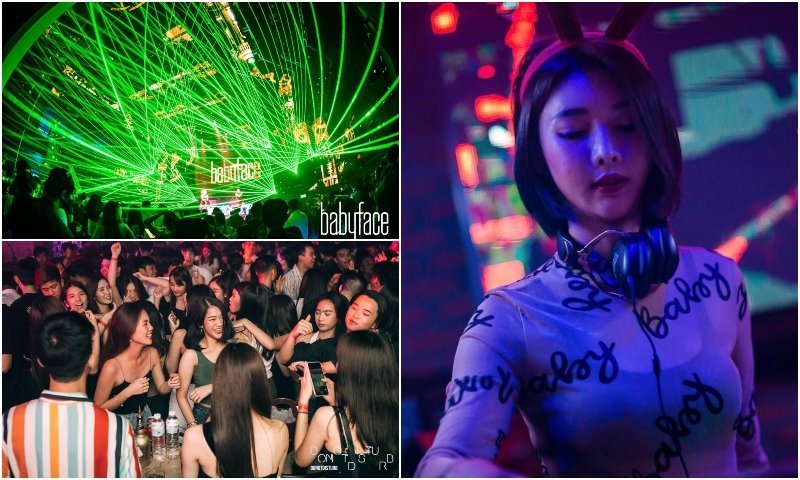 When it comes to nightclubs, Ekkamai doesn’t get the attention RCA, Thonglor and Sukhumvit do.

But Ekkamai is home to four of the most popular clubs in Bangkok.

It is one of the trendiest new EDM dance clubs in Ekkamai.

The crowd is affluent young Thais and Asians who want to get away from the ex-pat clubs in Sukhumvit Soi 11.

Another top club is DND, featuring a musical mix of EDM with live performances by local Thai bands.

This fashionable club inside Ekkamai Soi 5/1 is packed every night, so reservations are a must.

For exclusive parties and live performances, go to Barbarbar nightclub.

Their international DJs will have you partying the night away to the best EDM in Bangkok.

Then there DEMO’s “Dirty Bar”, one of Bangkok’s top hip hop rooms.

The club’s warehouse vibe makes it the perfect place to escape the glitz and glam of other clubs. 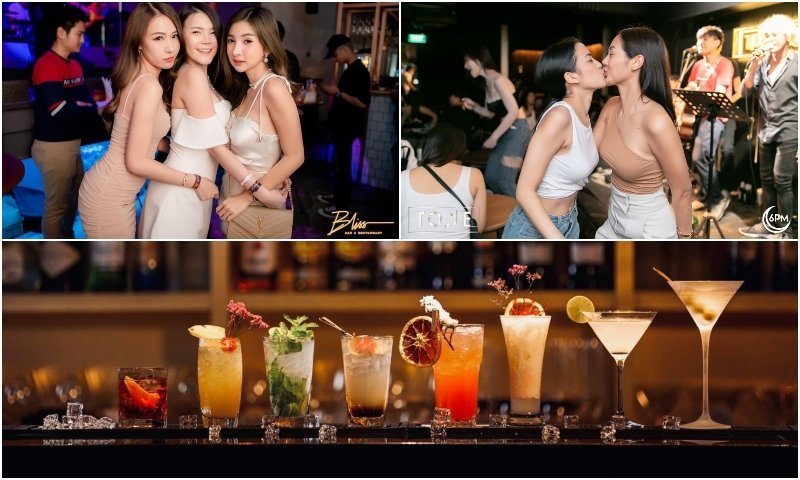 The cocktail bars in Ekkamai are one of Bangkok’s best-kept secrets.

A must-visit is Iron Balls, famous for their gin distillery and fancy cocktails.

They specialize in gin and tonics, Negronis, and other original cocktails.

For the best night views, Nowhere BKK is Ekkamai’s own rooftop bar on the top floor of THA City Loft Hotel.

They feature a beautiful 180-degree view of the city, and delicious food and drinks.

If you’re looking for the best live bands and DJ’s, Bliss Ekkamai or Tone Ekkamai are the top picks.

Tone Ekkamai might be the better option if you’re on a date or want to pick up a gorgeous Thai girl.

Speaking of girls, if you love Koreans – go to K-Bomb Korean Bar.

Combine great soju, the latest K-Pop music, and you have a recipe for a crazy night out.

Lastly, if you’re looking for a secret bar, check out Graham.studio

Three nights a week, they feature live bands and serve a variety of beers, wines, and cocktails. 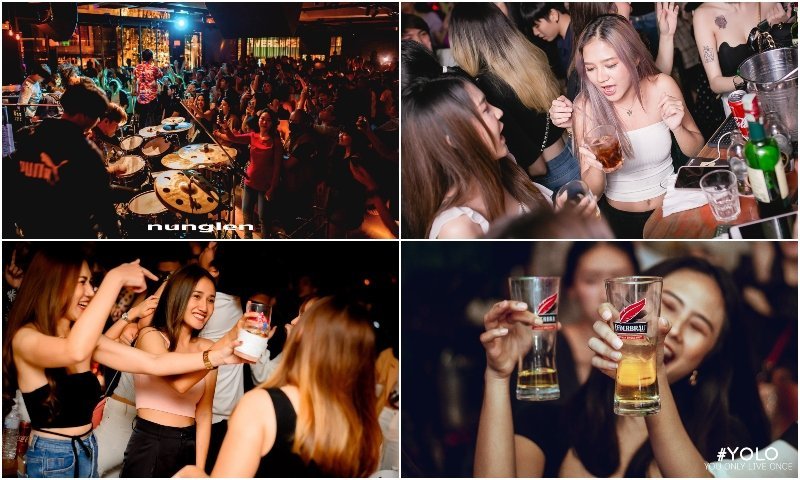 Just minutes from the busy streets of Sukhumvit and Thonglor, Ekkamai is home to some of Bangkok’s best pubs.

Most expats know Mikkeller, Thailand’s first craft beer pub, with hundreds of beers from around the world.

They feature over 30 craft beer taps and a menu of sandwiches, burgers, sausages, and pizza.

But if you want to party, listen to music, and have some bites throughout the night, there are better places.

These pubs include Nunglen LAB, Thay Ekamai, and YOLO Ekkamai.

All three venues are longtime favorites among Bangkok’s bar crowd.

But if you want some real fun, start at YOLO, as the music and drinks really start flowing towards midnight.

With the theme of “You Only Live Once”, girls are much more open!

For something unique, you can’t miss Ekkamai’s Cassette Music Bar with its pink paint and huge cassette-shaped sign.

The music is all hits from the ’90s, and the bar serves a variety of beers and signature cocktails.

Some of these venues also made our top list of best bars in Thonglor where you can find more hot girls! 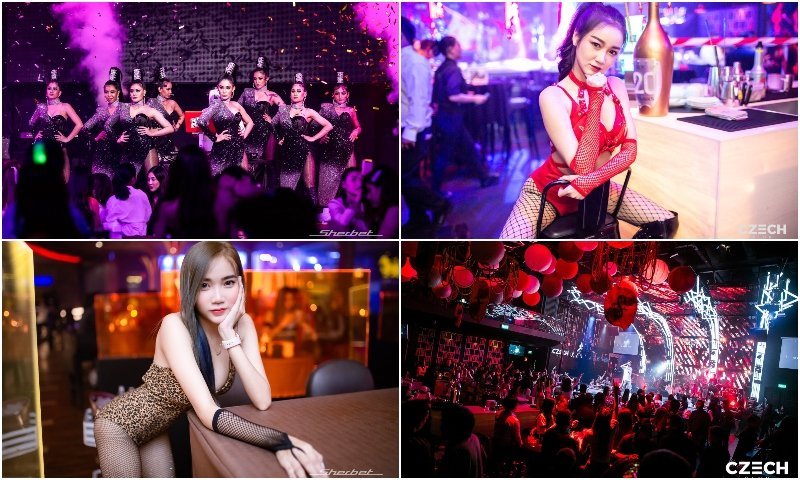 If you like gentlemen’s clubs, two of Bangkok’s favorites are located minutes apart on Ekkamai Road.

The VIP rooms are great for parties.

They include big-screen TVs and pool tables.

As long as you keep opening bottles, beautiful girls will drink with you all night long.

Czech Club is a one-stop entertainment venue where there are more coyote dancers.

You can either party in the main room or a private VIP Room.

Whichever you choose, beautiful girls will entertain you all night long with drinks and dance shows. 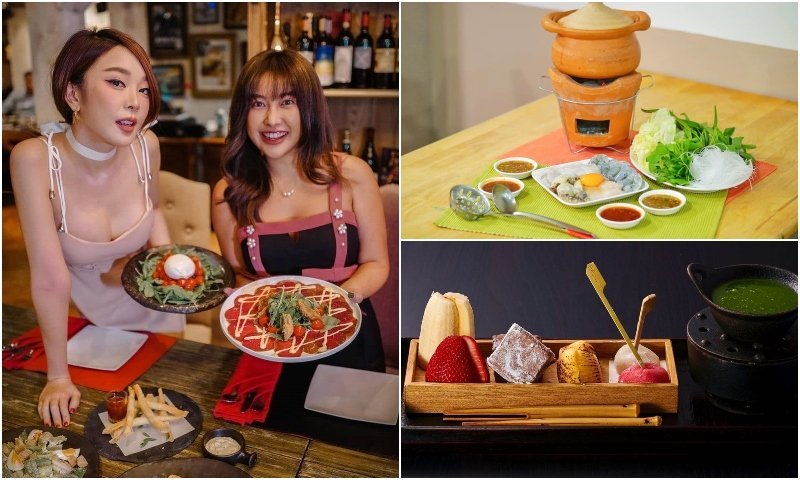 In Ekkamai, you’ll find food from all over the world, including Thai, Japanese, Italian, and Cajun.

We’ll highlight some of the best international options first to get your night started.

For Italian food with a Thai twist, head to The Melting Clock.

It is the perfect place for a night out in Ekkamai with friends, especially when you can choose from over 300 different wines.

If you’re dying for authentic Cajun, Bourbon Street Restaurant and Oyster Bar will bring the taste of New Orleans to Ekkamai.

Michelin star enthusiasts may want to dine at Khao Ekkamai, where they serve the most authentic Thai cuisines.

Both Bourbon Street and Khao Ekkamai made our list of best restaurants in Thonglor too!

With so many choices, it can be hard to decide.

As you get off Ekkamai BTS, drop by The Coffee Club, grab a fancy latte or ice coffee before planning your night.

They also serve western dishes, including The all-day breakfast such as their signature “Eggs Benedict” and the “Special Blend” coffee.

Ekkamai has three main shopping malls which are all quite different.

We’ll highlight their main features so you’ll find what you’re looking for.

It’s a mix of restaurants, retail shops, beauty salons, IT stores, and electronics.

Upstairs you’ll find IT City with branches of Apple, Samsung, Acer, and Toshiba.

For even more shops and entertainment, go to Major Ekkamai.

They have an ice rink, bowling alley, and cinemas upstairs.

For groceries, you can go to Big C Supercenter.

You’ll find imported foods, household supplies, furniture, and electronics – all in one store. 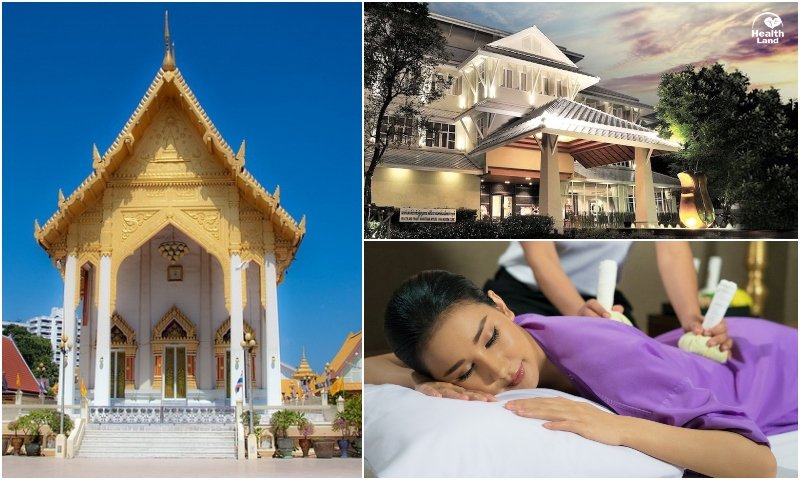 Ekkamai has a few interesting places to see that you won’t find in a tourist guide.

Here are some of our recommendations: 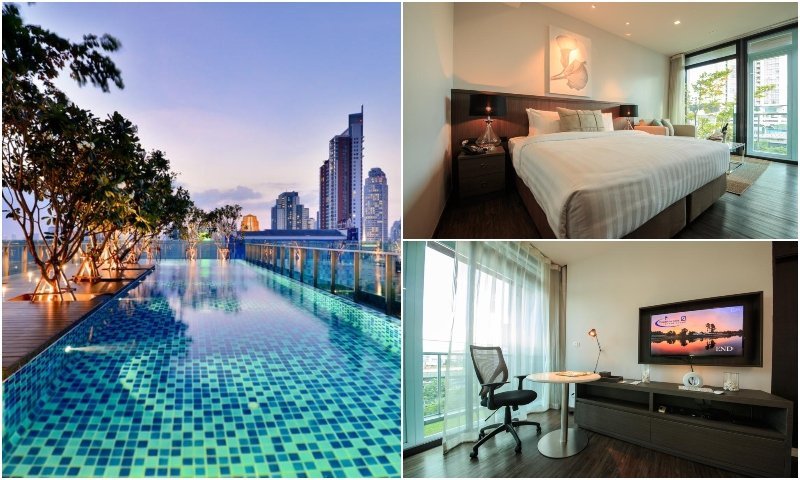 There are a number of hotels and Airbnb’s nearby.

But we only recommend staying at the following places after a big night out.

These are all highly-rated and conveniently located near Ekkamai nightlife.

What’s the best way to get to Ekkamai?

The BTS is the most convenient way to get to Ekkamai.

Ekkamai BTS station is close to most venues.

But if you want to arrive like a VIP, book a limousine with all your friends.

Which area has better nightlife: Thonglor or Ekkamai?

Most people prefer Thonglor because there are more bars, clubs, and restaurants.

But Ekkamai’s nightlife scene is catching up to Thonglor.

Its relaxing vibe attracts many expats and local girls, so it’s definitely worth a visit for any party.

Where do the hottest girls hangout in Ekkamai?

The hottest girls hang out at Babyface Superclub.

Babyface has become one of Bangkok’s best nightclubs clubs.

The crowd are mostly young Thais and expats with money.

And the local girls love it when guys take charge!

Don’t be surprised if you see some hotties in tight skimpy dresses.

Find And Book Escorts Online in Bangkok With Smooci

Why The PIMP Bangkok Is The #1 Gentlemen Club in Bangkok?